It has been entirely too long since we updated. We always plan to post pictures but working on this house tends to have us out later and later so we usually don’t even turn on our computers. (My tv show watching has really suffered.)

So outdated update #1: Chris vanquished the ivy vine. This ivy was eating the pecan tree and although Chris pulled it off as high as he could reach, this trunk had to go. The ivy has already started wilting so once it turns brown we’ll pull it all down. (Rhyme!) 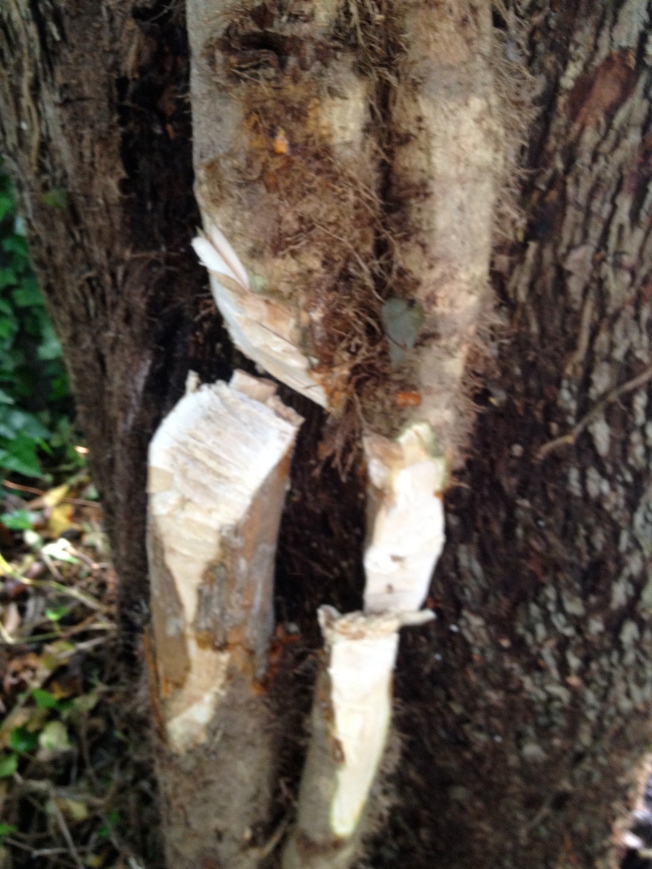 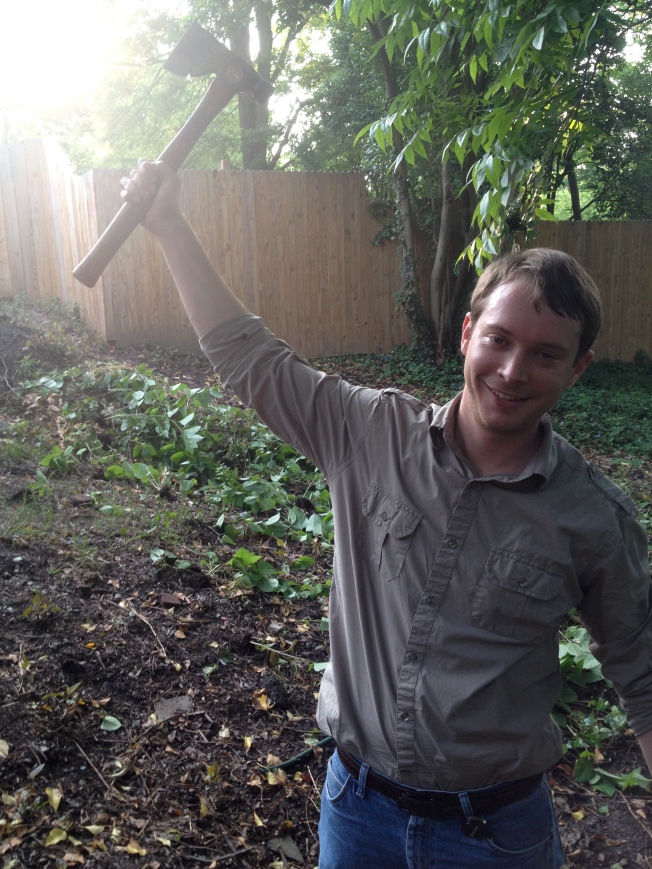 #2: The sidewalk between the house and the driveway was removed. It had been poured right up to the house so the wooden siding was touching the sidewalk. It was bad news. Once the contractors are done we’ll plant some things and mulch this space so it will look a lot nicer. You’ll also notice the giant hole in the wall, the neighbor’s cat Lovey Dovey comes and goes with enthusiasm.

Last night we had an incredible rain storm and Chris and I were up at 2 pm worried about the water coming into the house. The downpour did not end up washing our house of its foundation, but it did leave some standing water in the crawlspace. 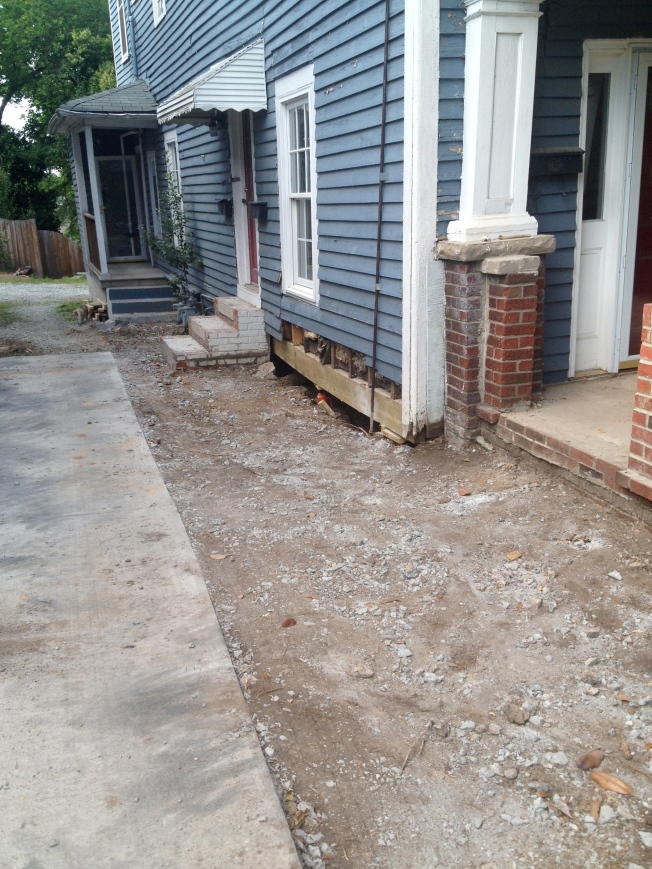 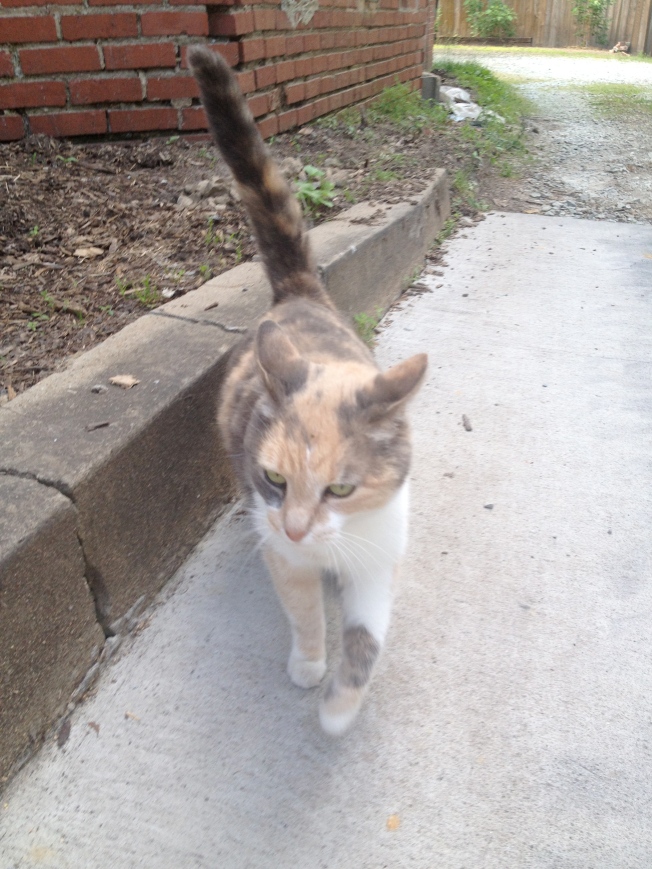 Here’s the other side of that view: