Today was another beautiful springy day. We started off at the little gym for our last class before we pause for the summer. Then we played in the backyard until lunch, Daddy mowed the front yard and Mommy weeded and mulched the blackberry bushes while Helen Jeanette climbed everything she could. We pulled the water table out and she had a ball with it sans water. 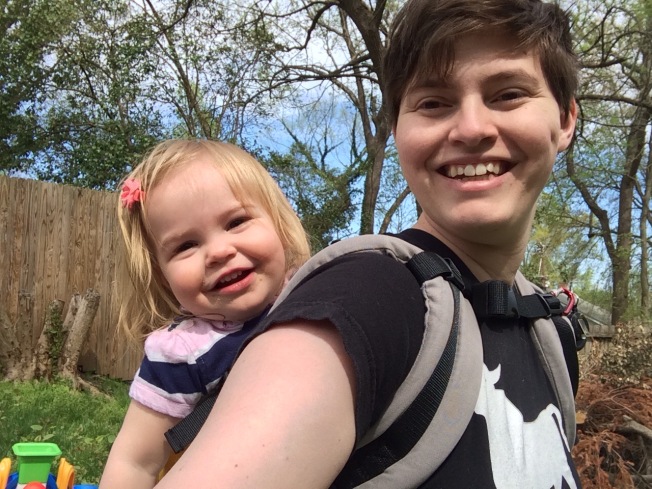 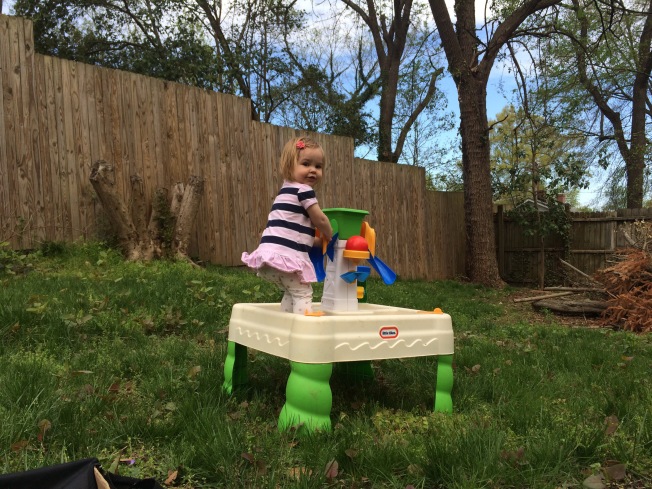 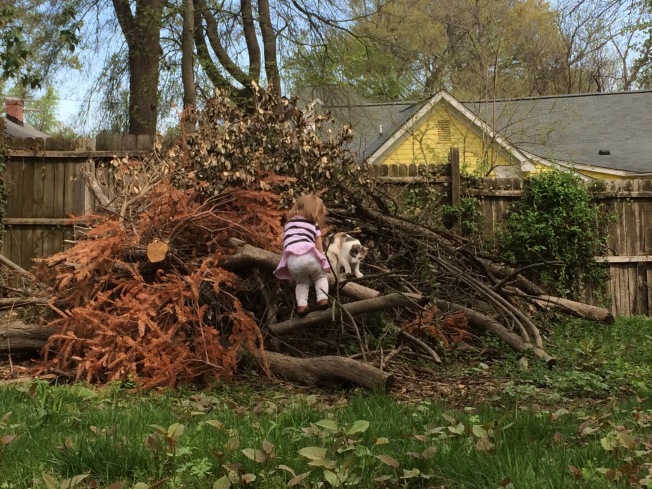 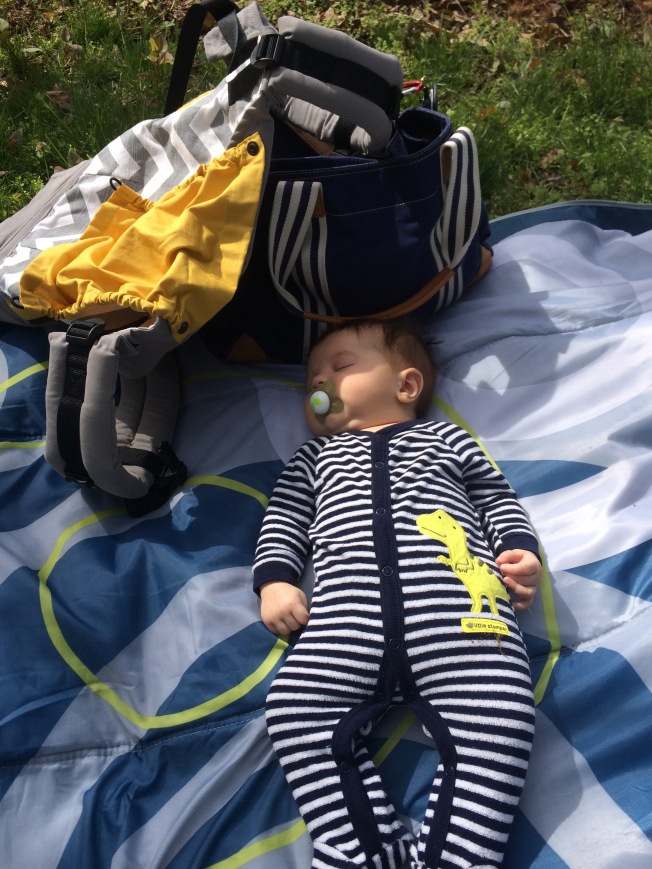 After nap we test drove our new baby carrier at the Eno river park. It was beautiful but we were underprepared with sun protection and snacks. Fortunately it was after 4 so the sun wasn’t too intense and Helen Jeanette made it to the diner where she demolished a bowl of Apple sauce while waiting for her pancakes.

Helen Jeanette saw a lot of bears on the hike. Chris and I didn’t see any. She kept pointing them out and then later we asked her about the hike and what she had seen and she responded ‘bears, doggies’. I guess it’s good that she has imagination. There were quite a few doggies. 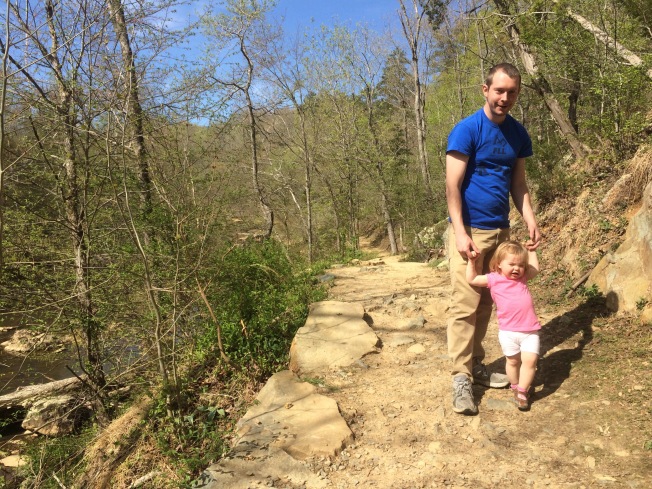 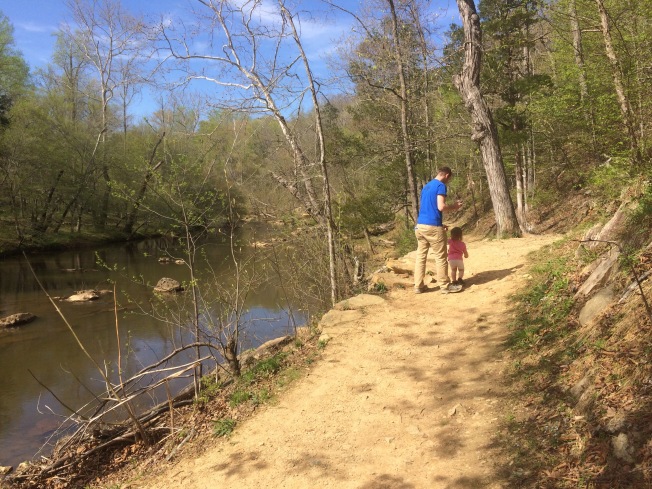 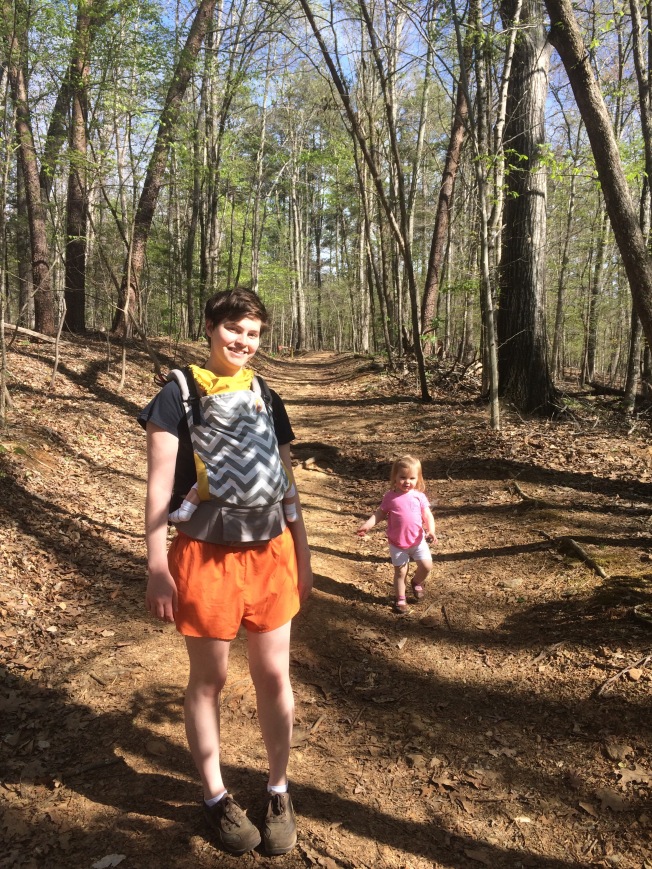 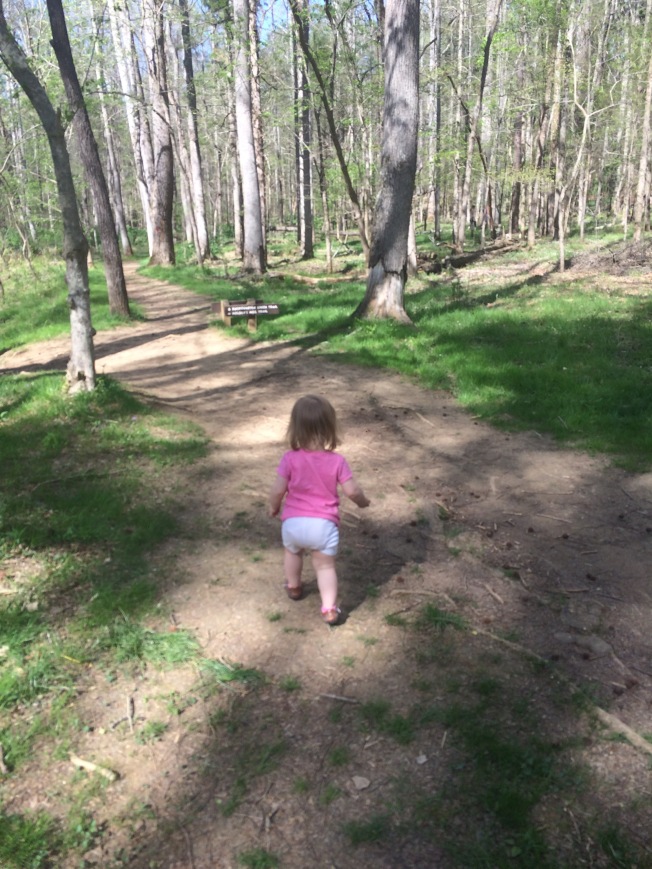 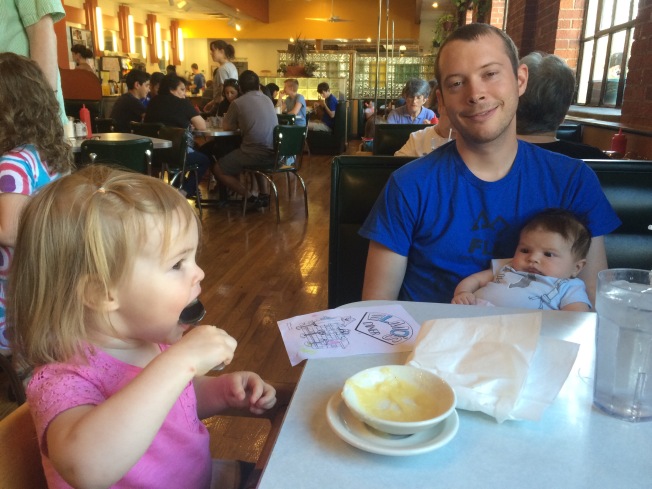 I’m super happy to have a structured baby carrier again, I never felt comfortable going hands free with the ktan and we lost the ergo we used to have. I’ve been making excuses and blaming our lack of carrier on not doing more with the bears, so now I won’t have any excuses.